GetUp recently released a “hit list” of 16 MPs they want out of Parliament at the coming federal election. These are MPs who support strong border protection laws, lower energy prices, and literacy testing for migrants. They are being targeted because GetUp don’t like their views.

GetUp claim to be independent but not a single Labor MP is on their hit list. Every one of them is a Coalition Member.

GetUp have already mobilised teams in many of these seats – to disrupt the MP’s campaign, to work for opponents and to spend millions of dollars in online and on-the-ground campaigning.

GetUp’s 2018 accounts show it earned $452,190 in just 2 years from Bank Australia in a sweetheart deal that pays GetUp 0.4 per cent of the value of home loans and $50 on accounts with monthly deposits of more than $2000.

So GetUp encourages their members to switch to a “responsible bank that shares their values” and voila – a nice little earner. 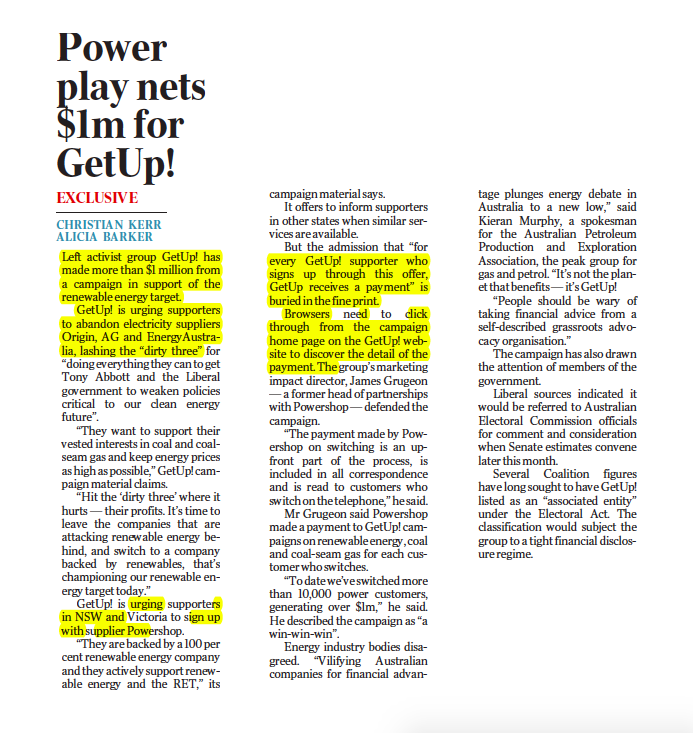 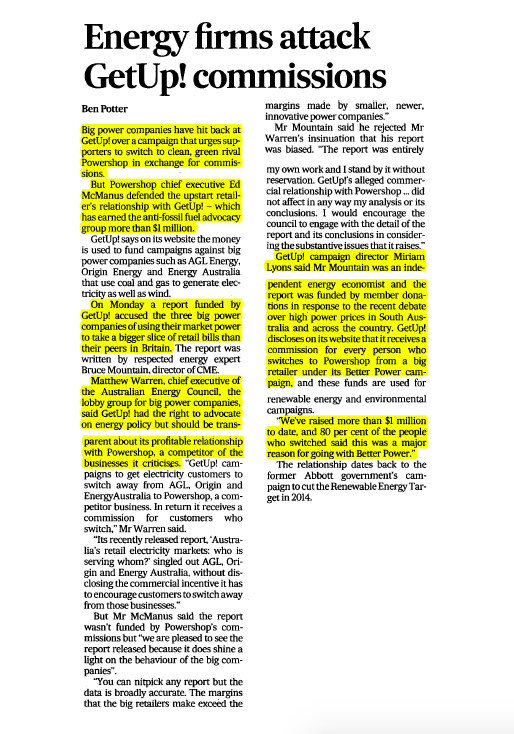 GetUp also has a cosy arrangement with online retailer Gorman - producing a “Coal Kills” tote bag with all proceeds going to GetUp - to boost its campaign coffers and promote its war on coal.

[Source: Trendy fashion brands Get Up to protest Adani]

Cosmetics company Lush donated all proceeds of their charity pots to #stopadani, who GetUp promote, and whose website is authorised by The Sunrise Project. The Sunshine Project in turn donated half a million dollars to GetUp. Lush itself donated $117,404 directly to GetUp over the last two years for political campaigning.

Many of the groups that team up with GetUp are actually registered charities. $262,000 was funnelled to GetUp – but it came via green Group Friends of the Earth, which has charitable status so the donation was tax deductible for millionaire Graeme Wood. This means that Australian taxpayers paid for practically half of the “donation” that ultimately went to GetUp.

GetUp’s “whatever it takes” approach can have profound effects on the organisations and people that they target and their methods are unethical as well as unfair.

Judge for yourself.  Just a few examples of GetUp’s tactics include:

GetUp even received an official warning from the Australian Electoral Commission when they used gold bullion prizes to lure young people to their site to enrol to vote and sign on to join their campaigns.

GetUp has long and deep ties with the Australian Youth Climate Coalition (AYCC).  In fact, most of what GetUp does is mirrored by the AYCC and a cursory google search shows their mutual campaigning, admiration, and joint membership of a range of organisations. 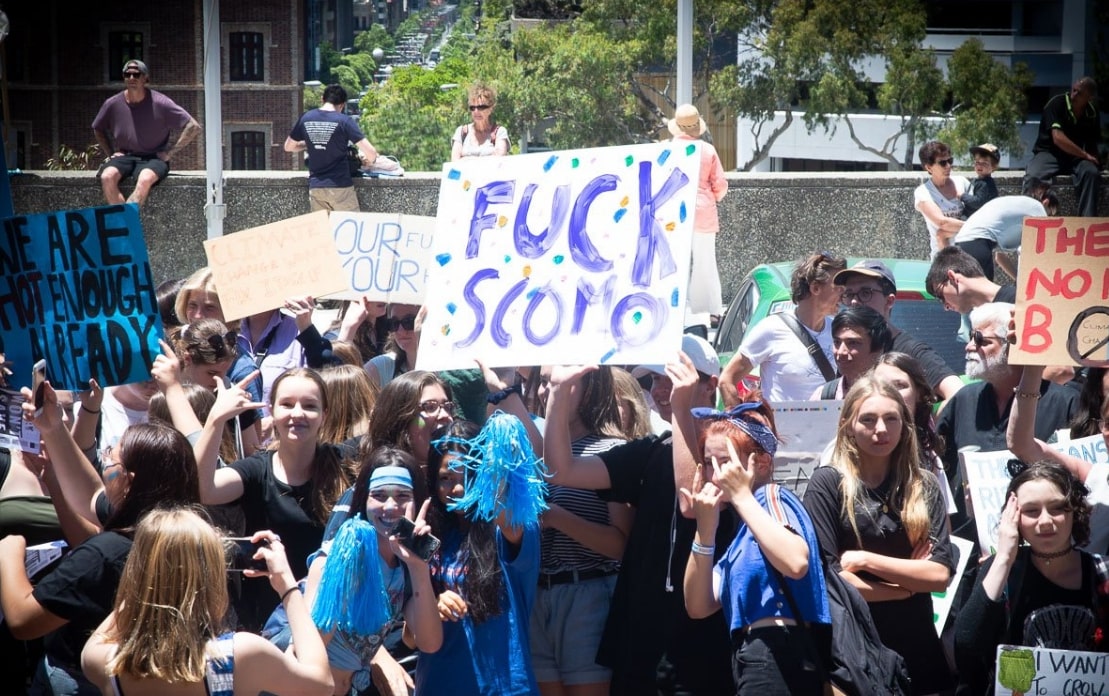 The AYCC was formed just a few years after GetUp, borne of the same global movement for left-wing change. In describing themselves, the AYCC states: “Climate change is our best opportunity to create a world that works for everyone, not just a few. We can power our lives with the wind and sun, and ensure access to clean energy and job opportunities for all.”

So climate change isn’t even a practical problem to be worked on, but rather an “opportunity to create a world that works for everyone, not just a few”. Sounds like a political objective, rather than an environmental one.

Looking at their website and social media, there appears to be plenty of protesting, sitting in the foyers of buildings, clicking petitions, and marching in the streets – but very little in the way of practical work for the environment. 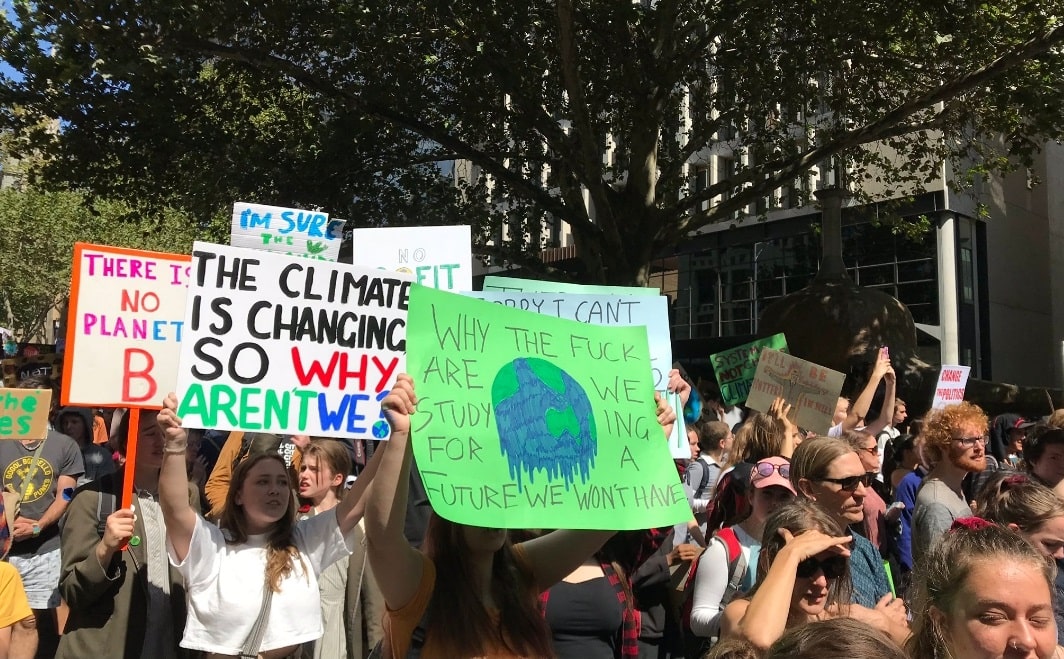 The AYCC’s founder Anna Rose was employed as a Climate Campaigner for Getup in 2008-2009, and she went on to marry long-time Get-Up National Director Simon Sheikh.

Unlike GetUp, the AYCC is a registered charity and has tax deductible status – even though their activities, as described by Rose herself include: “dressing up in an elephant costume and chasing politicians”.

Source: My first real job was setting up and co-directing the Australian Youth Climate Coalition

In just 10 years, under the guidance of GetUp, the AYCC has grown to an organisation that in 2017 reported annual income of close to $3 million and a workforce of 26 full-time employees, 10 part-time, 35 casual employees and a whopping 949 volunteers!

And boy have they been busy … especially when it comes to targeting school kids with their left-wing climate alarmism. The following is taken from their own report to the Australian Charities and Not-for-Profits Commission:

“In 2017, we engaged 20,000 students in 120 workshops and 6 summits. Summits are two-day events where high school students and teachers come together to learn about climate change, sustainability and how to create change in their schools and local communities. This year, we held our third Melbourne Climate Justice Summit with 25 workshops around climate change, campaign planning and community organising to equip students with essential skills to take action against climate change.” 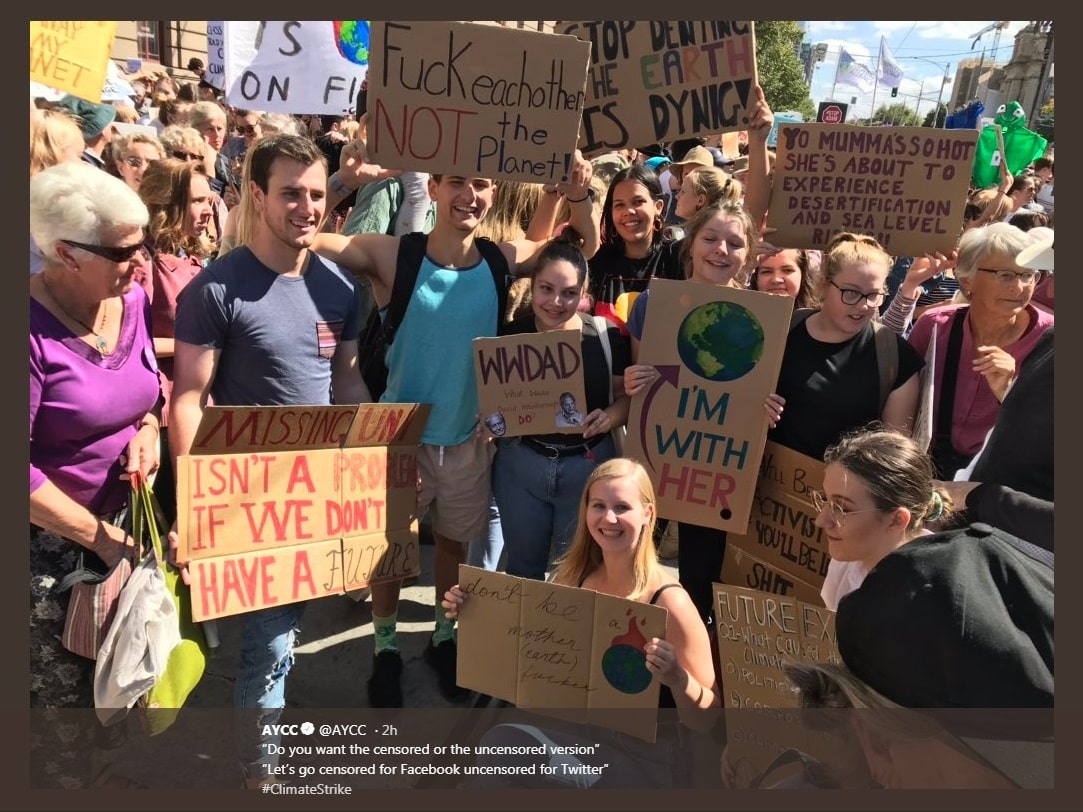 A recent investigation revealed that the AYCC was the driving force behind the “school strike4climate change” organisation – administering the website, preparing a range of propaganda materials and encouraging student to use their practiced online tactics to recruit more followers.

The school strikes that claimed to be “student led” were in fact a product of the well-oiled Getup/AYCC campaign machine.  And the children were led to believe it was an organic movement of their peers. But it was not kids running it - it was radical and organised left-wing activists grooming the next generation of political “change agents”.

There is something especially reprehensible about political organisations like GetUp and the AYCC to use impressionable young children to push their biased political agenda.